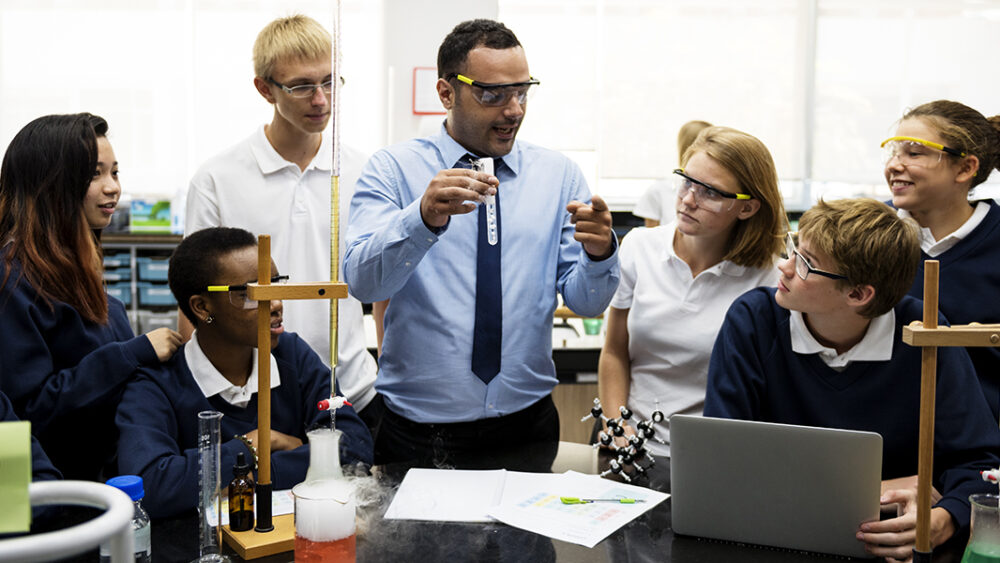 The Periodic Table of Elements Explained

The Periodic Table of Elements1 is an ordered system of all the identified elements. These elements make up everything in our universe.

The chemical elements of the periodic table are the building blocks for everything in nature. These elements also create the products and technologies that have shaped modern societies in countless ways – clean drinking water, effective medicines and technologies ranging from solar panels to electronics components.

You don’t have to be a chemist to appreciate the periodic table. Read on to learn more about it.

Why the periodic table was developed:

In 1869, Russian chemist Dimitri Mendeleev wanted to see if there was a pattern to the chemical properties of the elements he knew. He found a pattern, listing elements by their increasing atomic number and arranging them in a chart—creating the first periodic table. This structure helped Mendeleev and other scientists identify similarities and differences among elements to help predict future chemical reactions.

Did you know? The most abundant element (by mass) making up Earth3 is Iron (Fe).2 Oxygen (O) is the most common element in the Earth’s crust.3 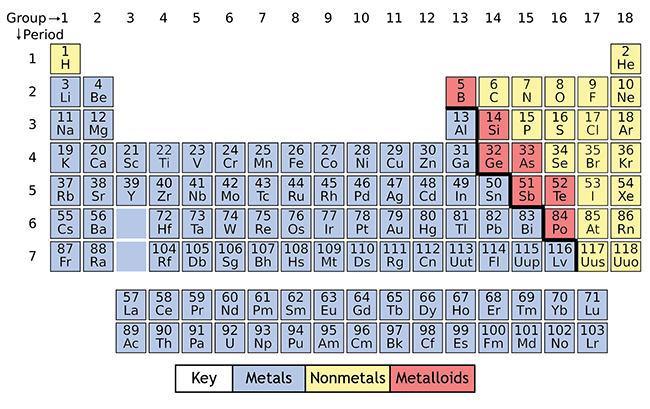 How elements are organized on the periodic table:

Elements are organized in horizontal rows by increasing atomic number.4 The atomic number, located at the top left of the element symbol, signifies the number of protons in an atom’s nucleus.

Under the element symbol is the atomic weight, which is the average weight of the protons and neutrons in an atom. Because atoms naturally occur with different numbers of neutrons—known as isotopes—the atomic mass is an average of all weights of all isotopes for a given atom.

The horizontal rows across the periodic table are called periods. The periodic table contains seven periods5 (nine if you count the lanthanides and actinide series). In each period, the elements’ atomic numbers increase from left to right. All elements in the same period have the same number of electron shells but have different numbers of electrons and protons.

Once you know the number of electrons of a chemical element, you can calculate its valency.6 This is the ability of an atom or a group of atoms to form chemical bonds with other atoms. Valency is an important aspect of calculating chemical formulas for students and chemists.

“Families” are the element groups featured in nine of the 18 vertical columns in the periodic table.7 Chemical element families have similar properties, such as their electron configurations.8 For example, elements that have similar properties to sodium (Na), such as Lithium (Li) and Potassium (K), are included in the same family.

How are elements added to the table?

How to read and interpret the periodic table:

The periodic table helps chemists classify elements by properties and similarities. One way to sort the elements is to divide them into three categories: metals, nonmetals and metalloids:

The Periodic Table of Elements helps us better understand chemical elements and their relationship to one another. The products, materials and technologies that shape our lives are created by the elements and how they react with one another.